Mooring lines holding the Salamis Lines-owned RoRo Alios (previously P&O's North Sea ship Norking), parted last Friday during an unexpected wind storm setting loose the 170 meter ship to her own devices in the port of Lavrio.  Winds were upwards of 40 knots during the incident according to reports and the results were catastrophic for owners of two sailing yachts that were moored in the harbour.

The 44-meter schooner H&B 1 was sunk and a small catamaran was left partially submerged. 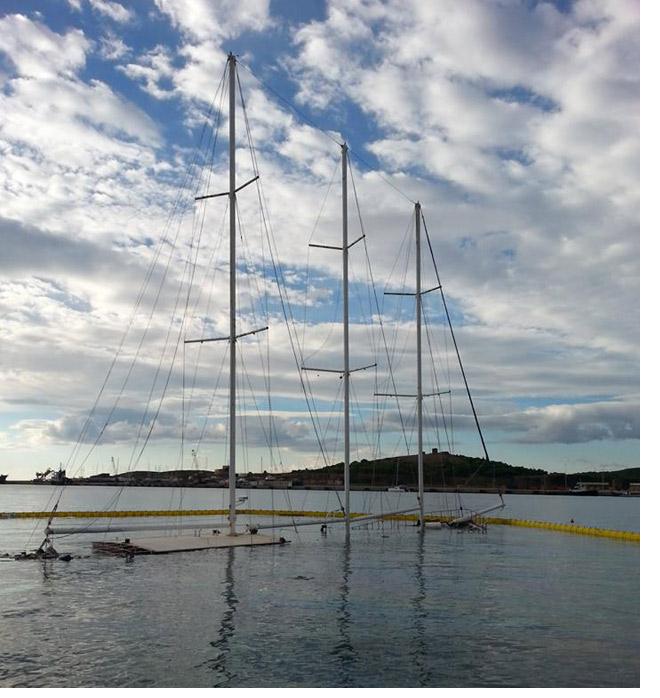