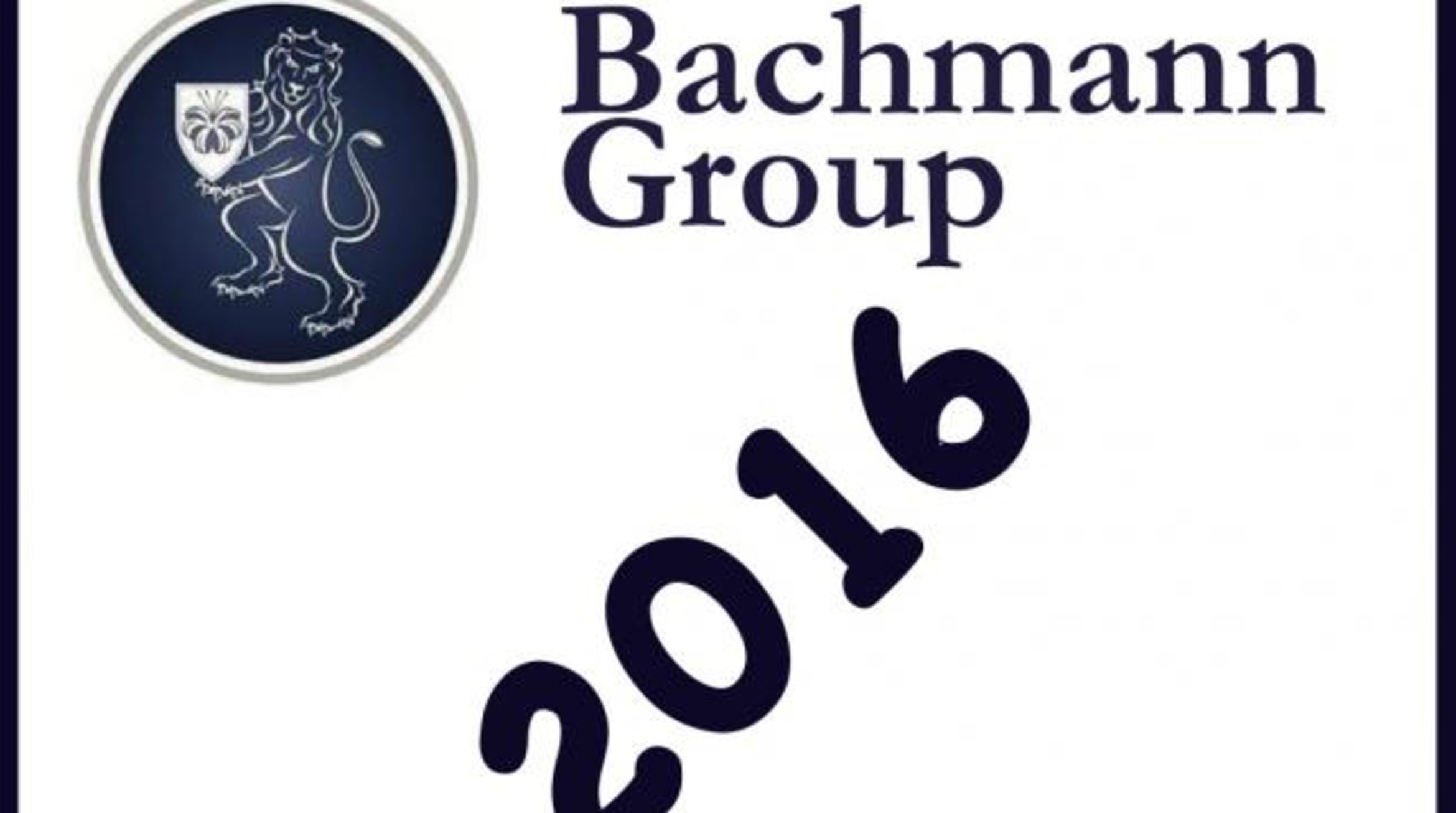 2016 saw the various companies under the Bachmann banner being consolidated under one clearly defined Group identity, thus consolidating the company’s international branding as a leading provider of multi discipline maritime services.

The group's CEO Nick Saul said, “this year, we will change the names of Nuwave Personnel to Bachmann Recruitment, and Nuwave Training to Bachmann Training. At the same time a new division named Bachmann Crew will be established to manage the ever increasing client requests for Crew Management.”

To oversee these changes and to assist with the more general Bachmann Group operations, Captain John McNeill was appointed to the position of Interim General Manager for our UK operations.

Captain McNeill has enjoyed a career spanning over 50 years in the marine industry from starting out in 1965 as a cadet with the UK Royal Fleet Auxiliary, and obtaining his Master's License in 1978.

The dedicated recruitment, training and crewing operation which has been under John's management (and the Bachmann banner) since then, has indeed proved to be truly a 'one stop shop' for all vessel owners requiring a fully integrated crew management service. This covers everything from recruitment and bespoke training, through to certification and scheduling, arranging travel, payroll services, and dealing with every day employment issues such as grievance and disciplinary procedures.

Based conveniently in a modern fully equipped facility on the English south coast at Lee on Solent near Southampton, the operation is fully staffed by seasoned maritime professionals who also run specialised and bespoke courses on a variety of subjects such as STCW (including firefighting, first aid, security, crisis management etc.), electrical and gas safety training, and Navigation training (including ECDIS, bridge management, anti-piracy and safety-at-sea.)

The company's administrative activities continue to be fully audited and compliant under ISO 9001, MLC 2006 and ISM/IMO standards, having successfully passed all the necessary independent assessments during 2016.

The Bachmann Training and Crewing Divisions provide technical courses for mariners, and crew placement for some of the worlds best-known shipping companies.  The turn of the year saw them being awarded a contract to handle crewing for the UK's Royal Fleet Auxiliary, which logistically supports the British Navy wherever it operates in the world.

With dedicated Training Centre’s in Lee-on-Solent and Guernsey, the Bachmann Training Division has had a busy and successful year in 2016. Already offering an increased number of standard training programs covering a range of specialist subjects from Electrical & Gas Engineering, Health & Safety, Fire Fighting, Yacht Maintenance and STCW through to Catering & Food Handling, the company has also added several customised itineraries during 2016. These have been specifically tailored to the individual work practice requirements of the clients, and have been successfully carried out in a series of well-planned and executed courses.

For instance MTU, one of the world’s leading manufacturers of large diesel engines and complete propulsion systems has contracted Bachmann Training for a series of bespoke courses.

Other examples of recent successfully completed courses are First Aid training for Office Staff from Condor Ferries at their premises in Poole, and the same for personnel from the Jubilee Sailing Trust.

As an example of the wide range of specialist subjects Bachmann Training are able to deliver, they have also recently completed a Field Service Engineers Electrical course for the company Lloyds Ship Safety Services Ltd.

As the year drew to a close the course managers at Bachmann Training were still adding specialised courses to their itinerary in order to meet client demands, and were busy negotiating contracts in China and Nigeria for specialist subjects such as engine room simulators.

The Bachmann Yachts division were adding more clients and some very famous yachts to their portfolio of vessels under management during 2016.

In early summer they were commissioned to set up up a yacht owning company for the famous British built J-Class Yacht, Shamrock V on behalf of her new owner, and were retained to employ and pay the crew in future.

In March, John McNeill and Nick Saul completed an ISM audit on the classic superyacht La Sultana, a very special vessel that came under the management of Bachmann Yachts in 2015.

Many thousands of words have been written about La Sultana after her owners, the Moroccan based La Sultana Hotel Group completed her extensive and distinctive refit and modernisation over a seven-year period.

Bachmann Yachts also attended many of the well-known boat shows during the year where they were able to offer advice to their clients and keep in touch with developments in the industry. After having a stand at the Palma de Mallorca Yacht Show in May, they were also seen at the Southampton, Monaco and Paris yacht shows.

Gary Le Cras, the company’s head of Yachting joined YBDSA (Yacht Brokers, Designers and Surveyors ) as an associate member during the year, and Bachmann’s Yachting Division  continued to manage over 30 yachts on behalf of their owners, also handling yacht registrations, purchases, sales and yacht ownership structuring, both for EU and Non-EU owners.

In June the Bachmann Yachts team completed an efficient, convenient and cost effective stop over in the Channel Islands for a well-known superyacht. As managers of a 46 metre yacht with a high profile owner, the company was contracted to arrange the whole transit stop-over of the vessel in Guernsey, including the refuelling exercise which required delivery of 50,000 litres of marine diesel.

Gary Le Cras commented, “We arranged all the formalities, including a berth in a totally secure compound, and then went personally with the pilot launch to attend whilst the yacht came alongside. And having negotiated the best possible duty free price for diesel at just 32 pence per litre, we also ensured that the delivery could be carried out at a high volume fill rate of 350 litres per minute with full quality sampling and verification provided.”

In fact the Bachmann Group’s total service concept extends to Crew Employment and Payroll (Bachmann is licensed and audited under the MLC), Crew Training, Recruitment and Placement, thus supporting vessel owners, commercial ship operators and their representatives through every aspect of yachting and maritime life.

We are proud to employ a team of dedicated professionals with many years of expertise behind us, offering the best possible advice in order to maximise the potential, efficiency, safety and fiscal management of an owner’s vessel, be it pleasure or commercial.

Are you reviewing your vessel support infrastructure, training, crewing or safety / security management for 2017? Or, are you considering purchase of a new yacht for private or charter use?

If so, do please contact us for an informal discussion about any of the services offered by Bachmann Group, backed by over 40 years of establishment in the provision of maritime services. 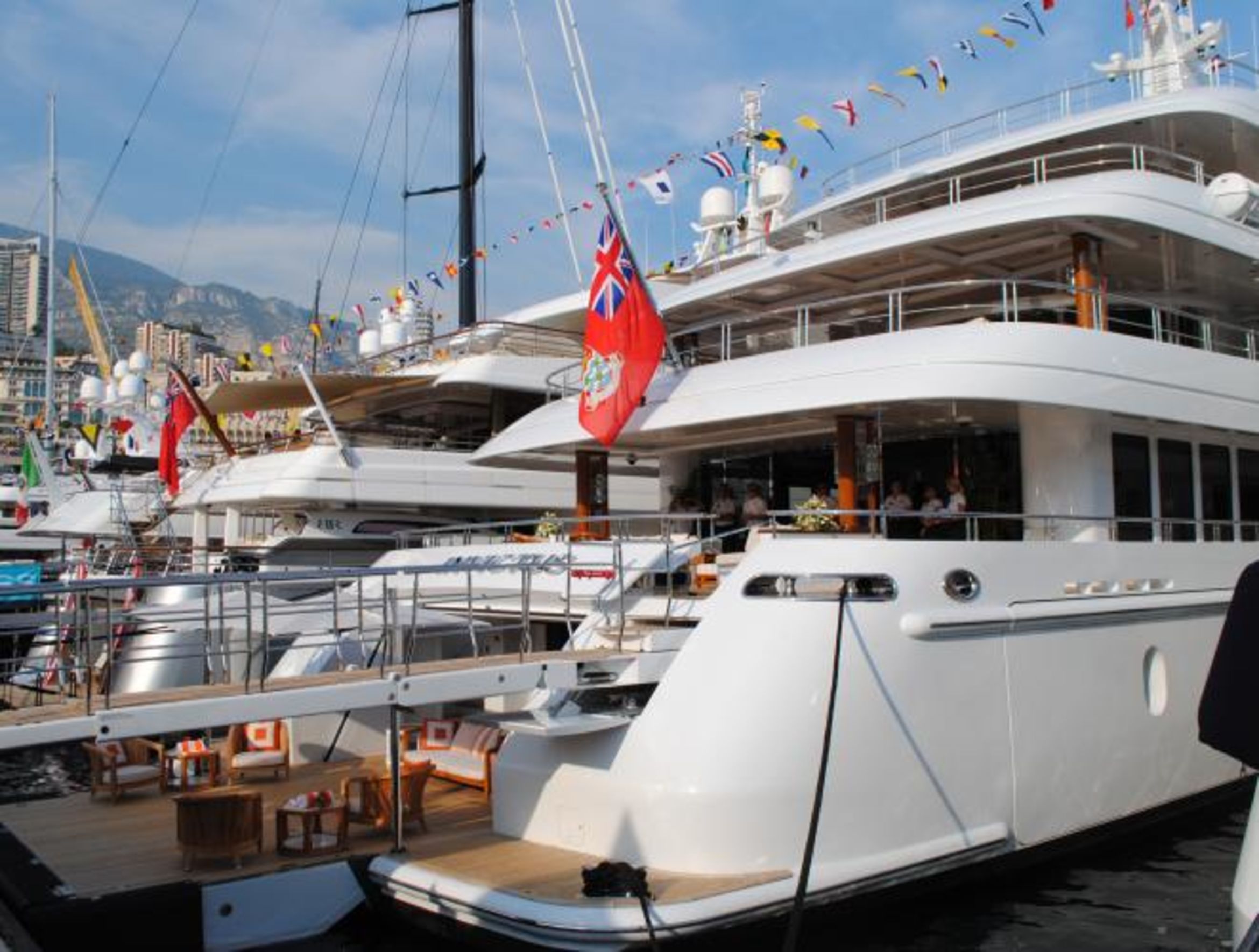 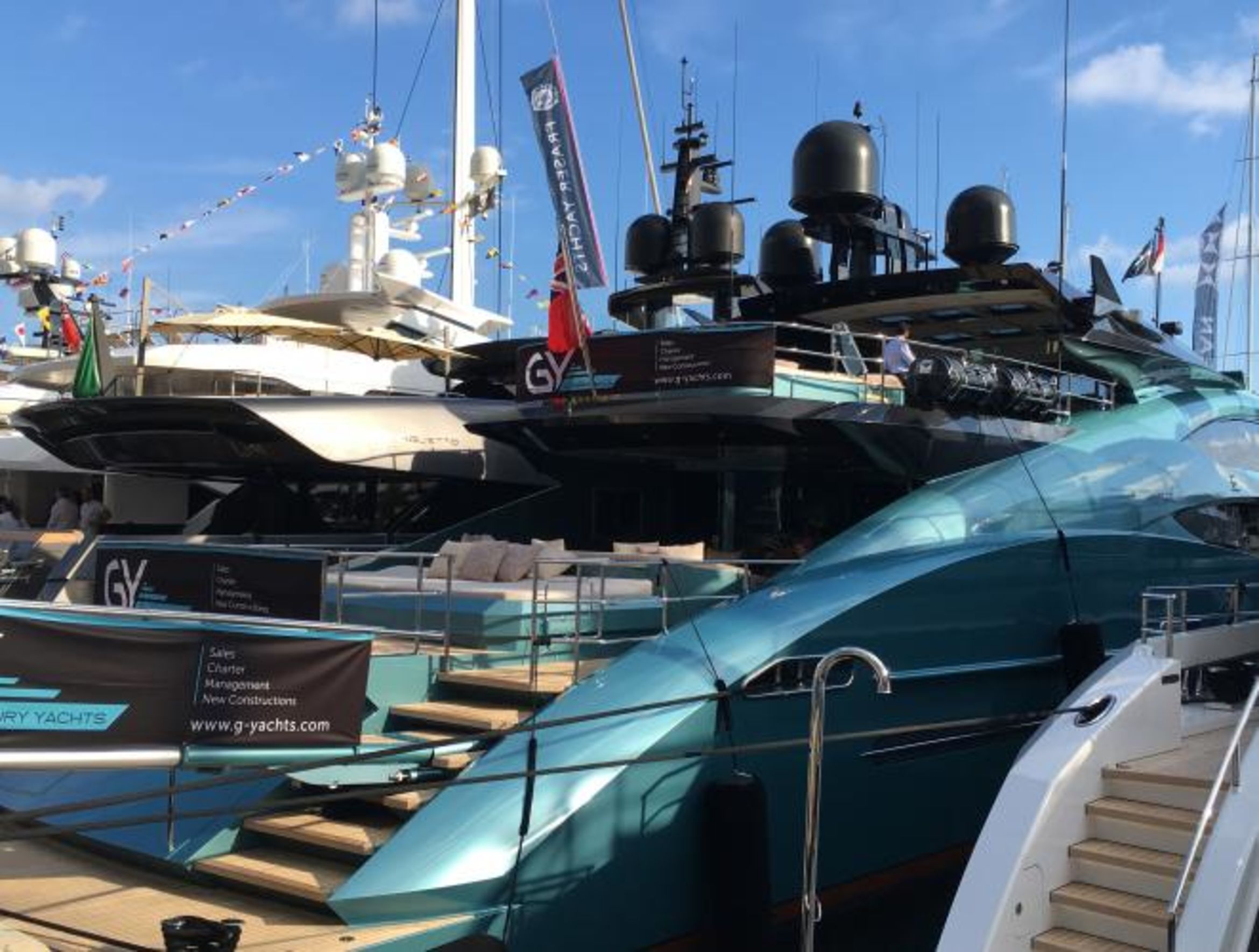 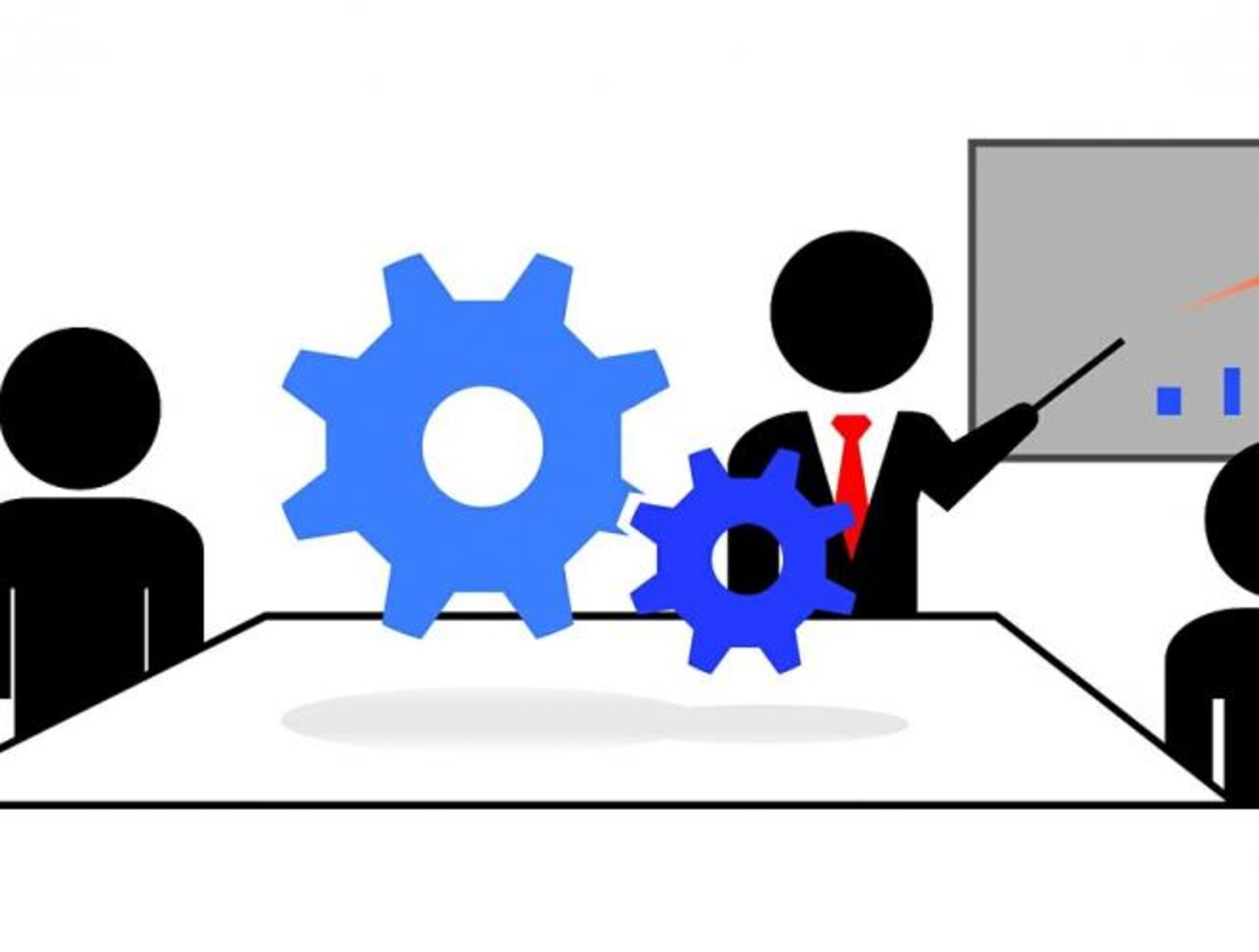 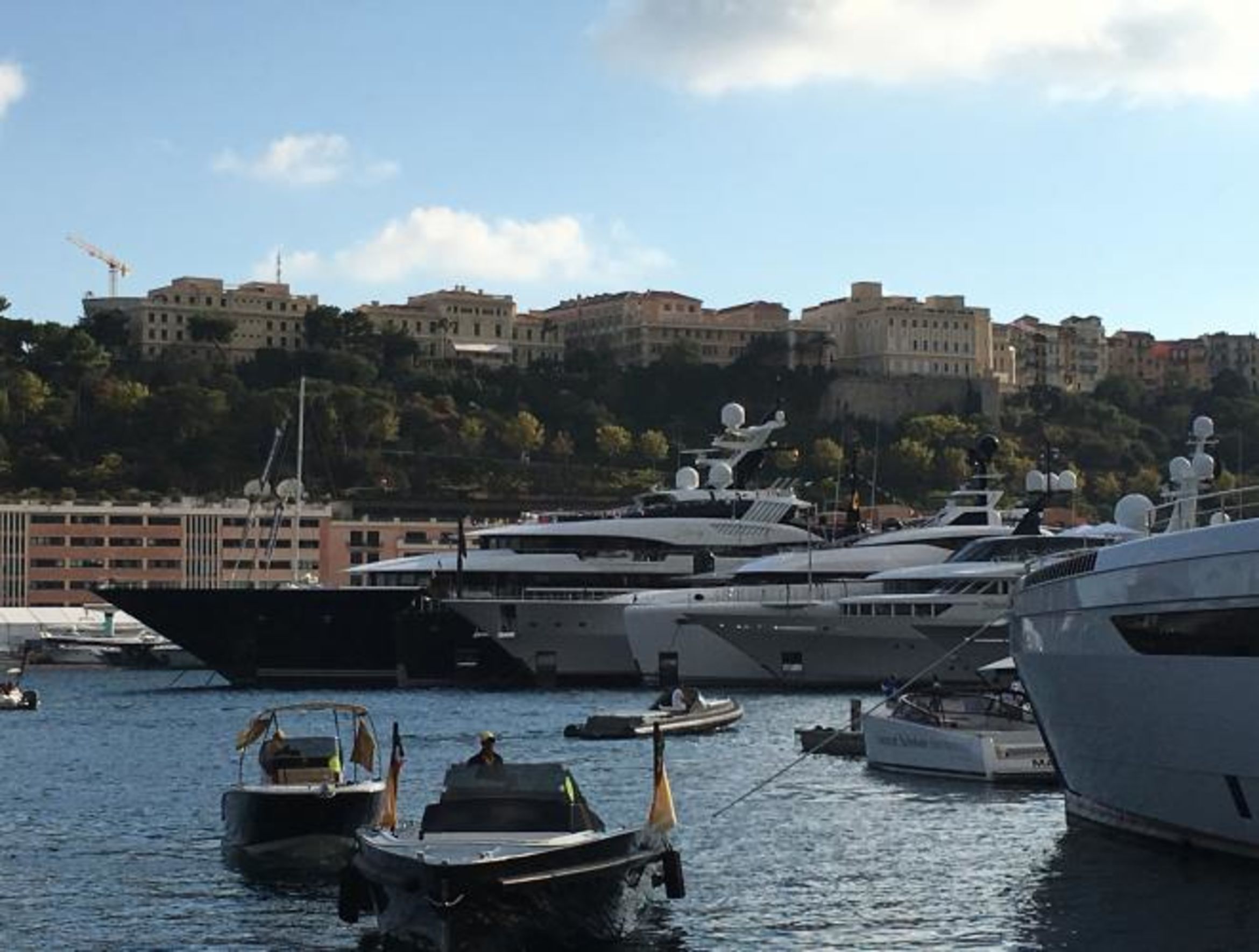 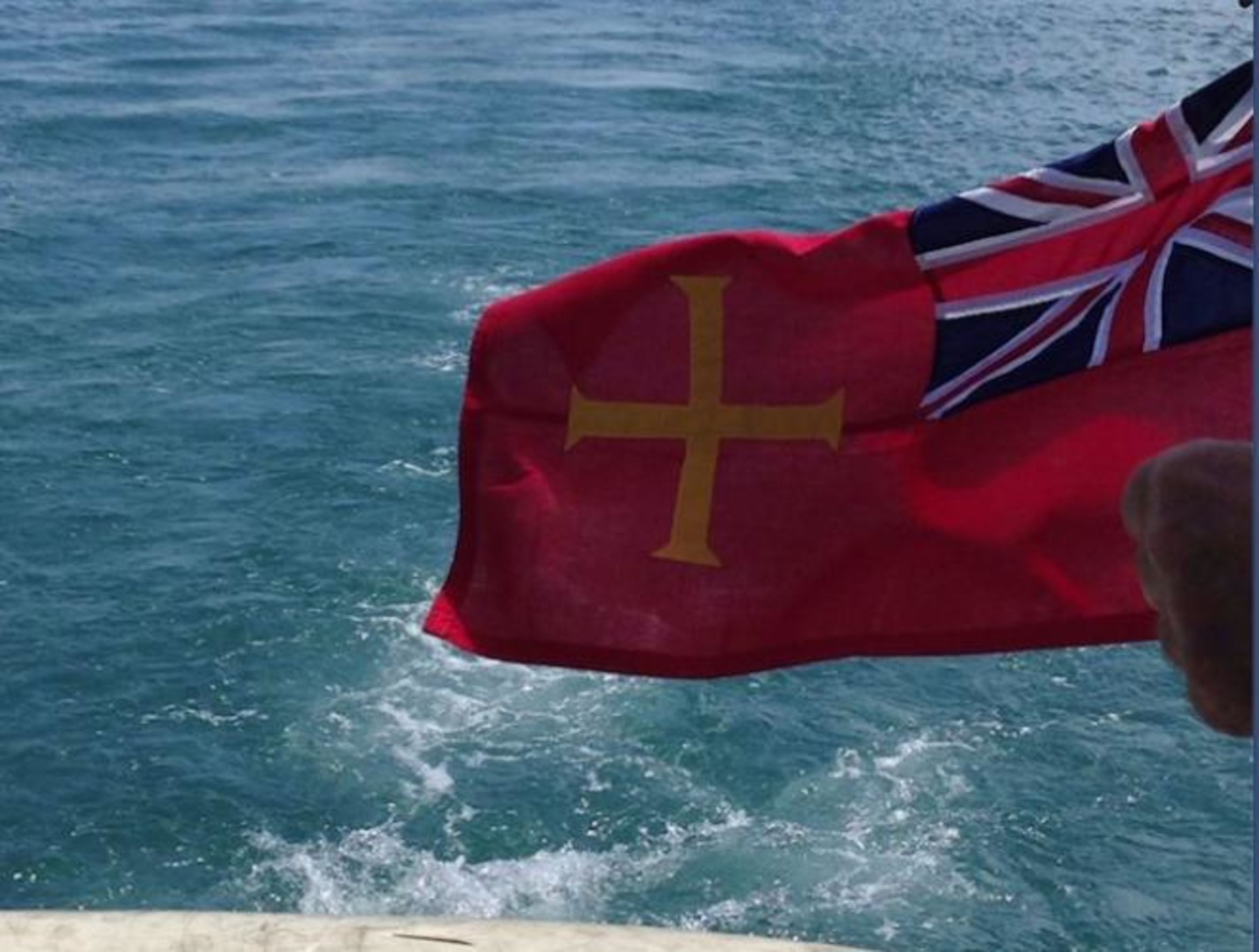 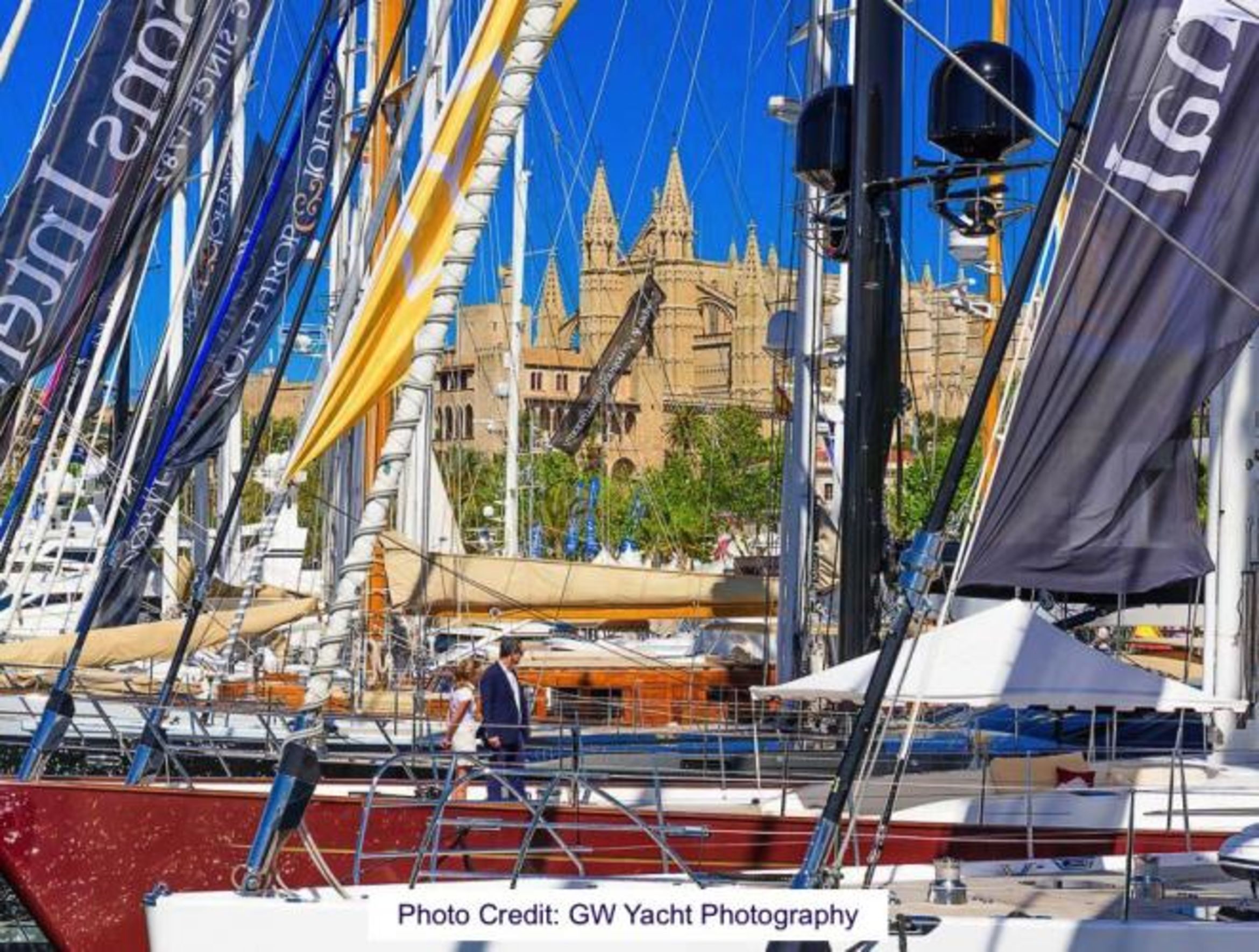 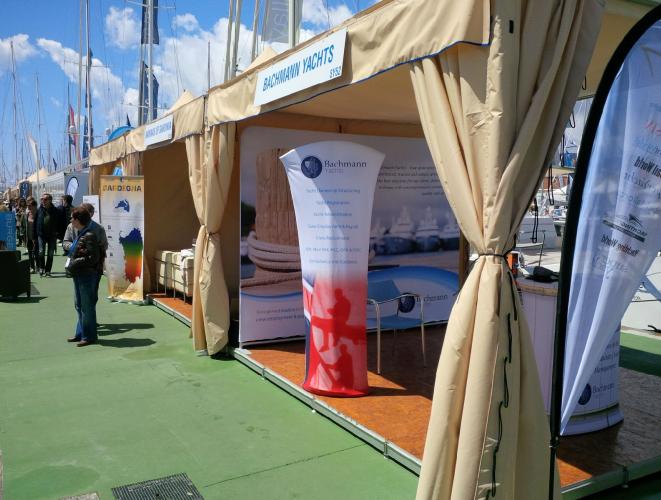 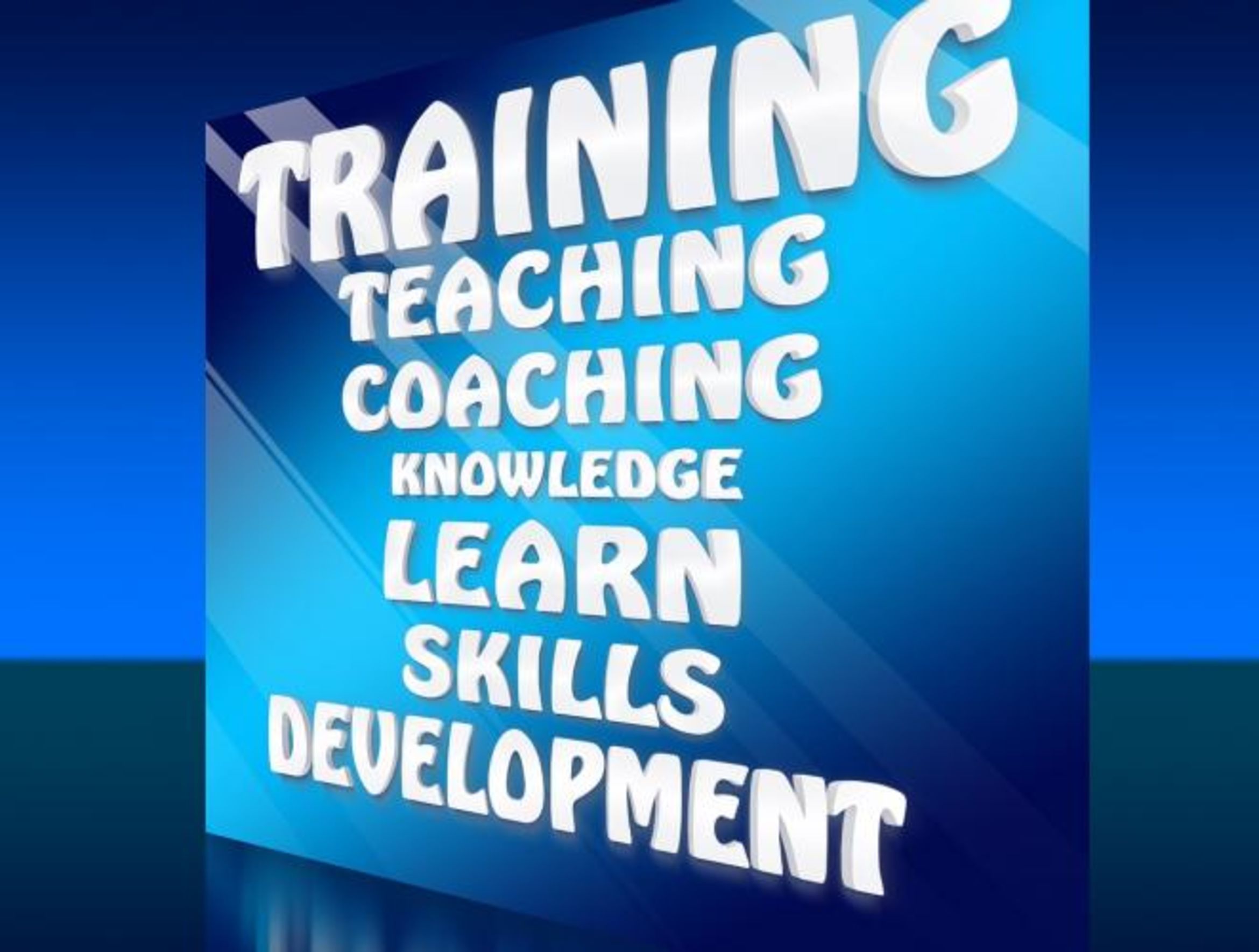 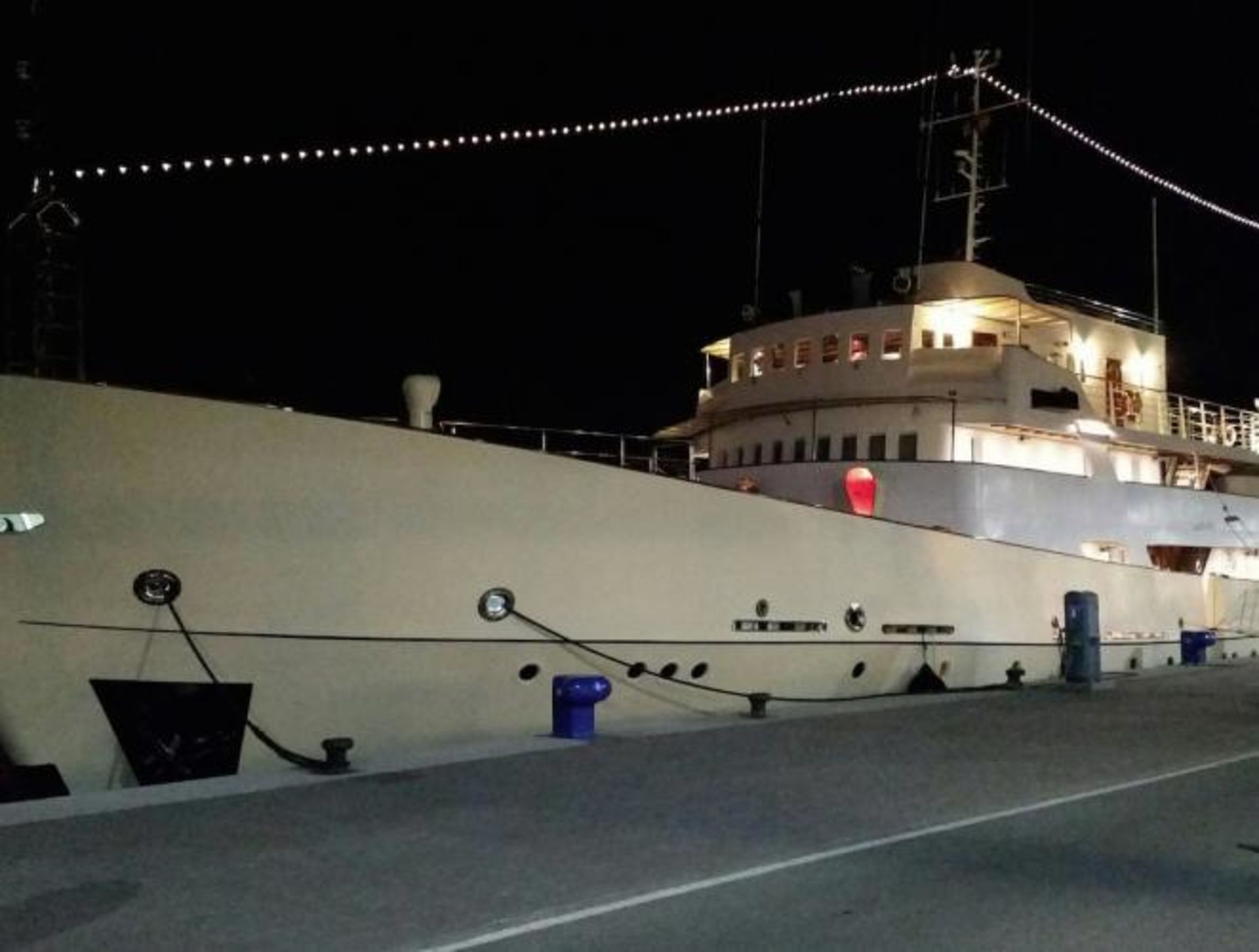 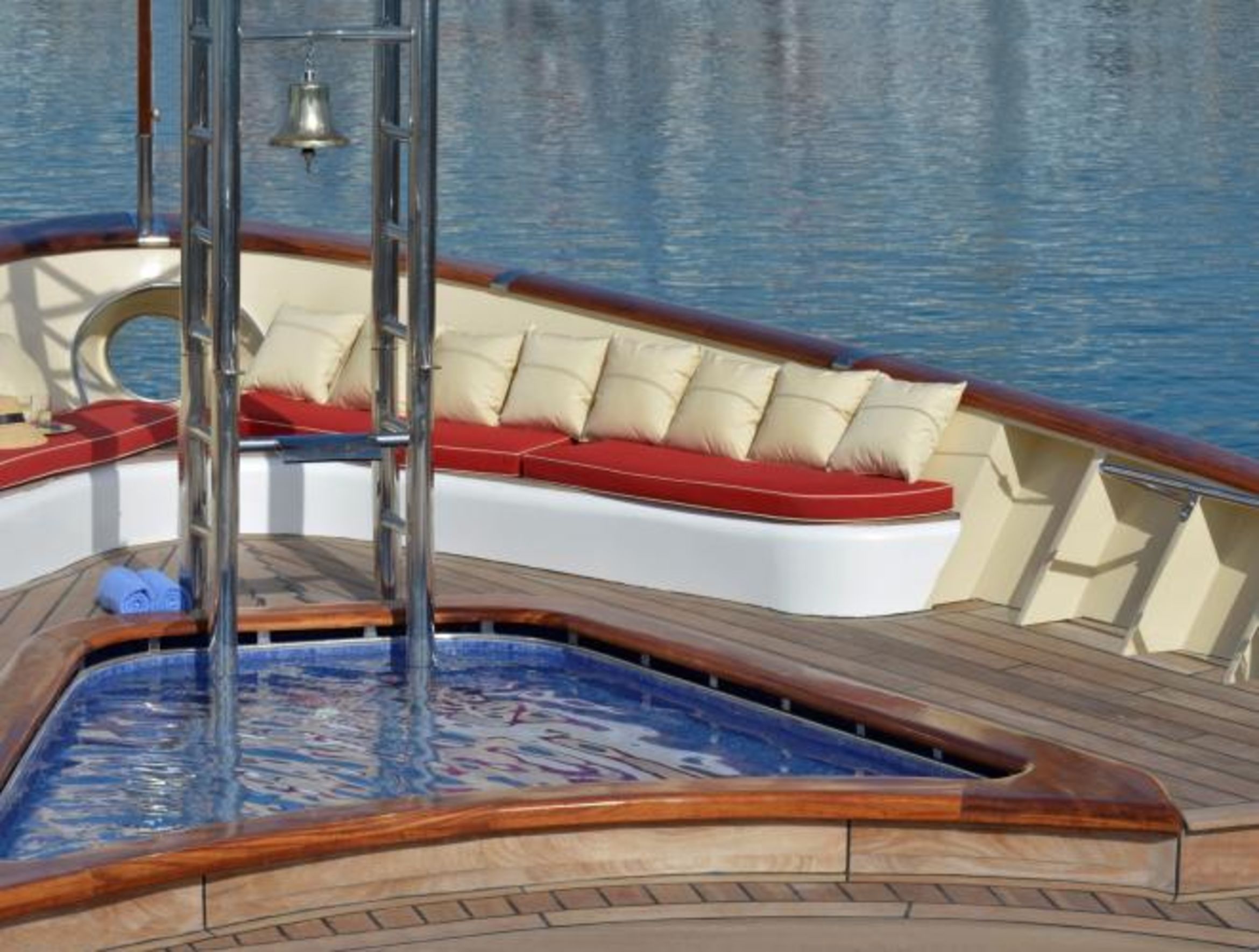 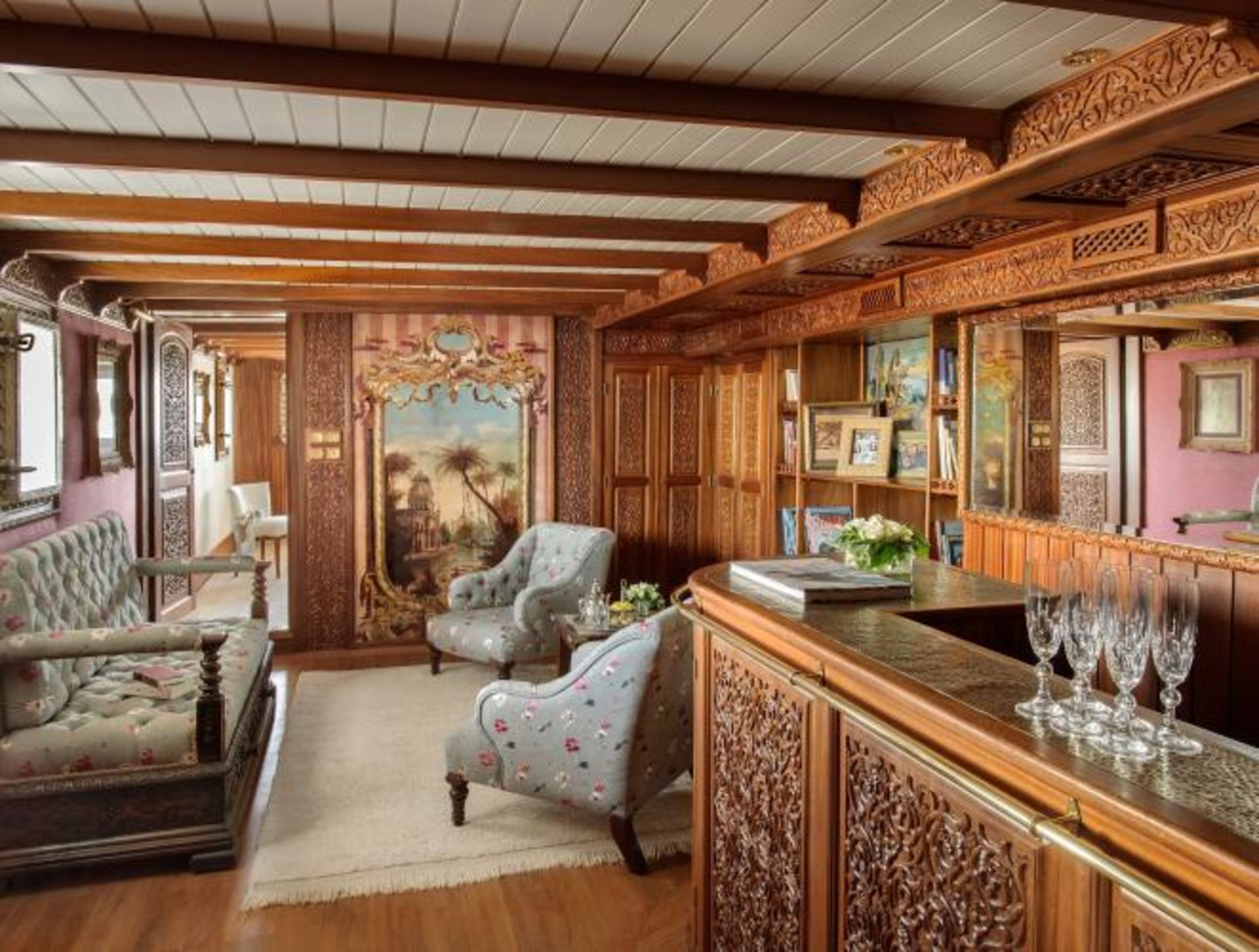