Every December for over two decades, the founder of Bachmann Group Peter Bachmann has transformed his Guernsey garden into a winter wonderland with thousands of lights and decorations. This year was no exception and thousands of islanders turned up to enjoy the festive magic. 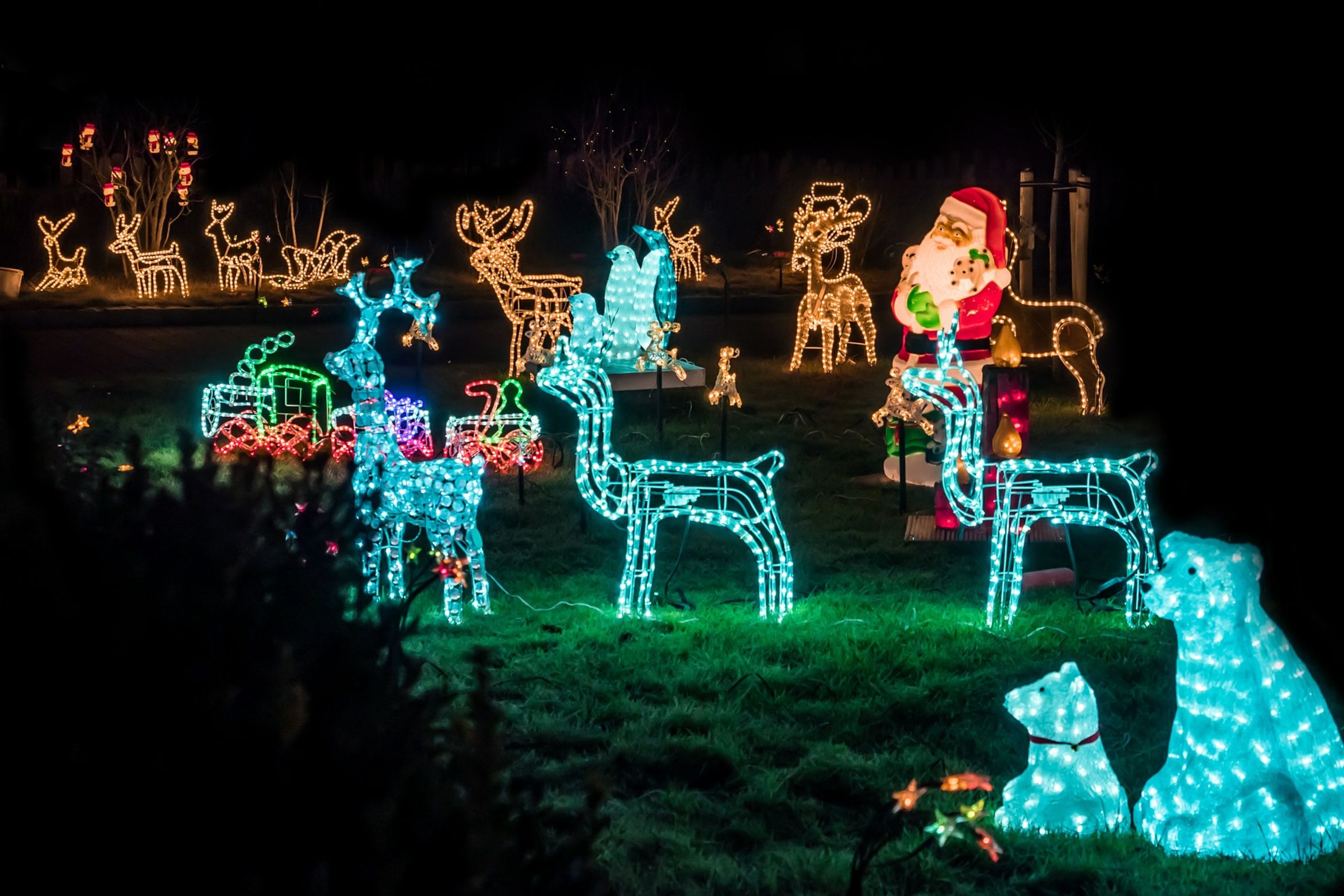 The annual event's 24th year was sponsored by Specsavers and partnered with Cancer Research UK Guernsey and the Lions Club of Guernsey. It was estimated that more than 3,000 people attended the event in St. Saviour's to enjoy the decorations, Christmas lights and festive music. Special thanks were given to Guernsey Electricity for helping to provide power to illuminate the thousands of coloured lights.

A team of volunteers from the Lions Club arranged to serve the thirsty crowd with hot mulled wine, cider and soft drinks. They anticipated serving around 400 drinks but, after more than 500 were sold in the first hour, extra stock had to be hastily rustled up. All of the money raised from the event is to be divided equally between the two partnering charities.

Journalists from the Guernsey Press were in attendance to take pictures at the event, as well as to interview guests. They spoke to Rachel Troy, who had brought along her two-year-old daughter Billi-Marie. Rachel said: "She [Billi-Marie] is loving it. This is the first year she really understands Christmas and she’s loved pointing out all the snowmen and Father Christmas.

They also spoke to five-year-old Seb Clement, who was also attending the Winter Wonderland event for the first time. Asked to describe his experience, Seb said simply: "It's amazing.

Angelique McConnell, a Lions Club volunteer, told journalists: "We wanted to get involved with this great community event and, although it’s been a bit manic, the atmosphere is incredible and the house and gardens look amazing.

Winter Wonderland will open again next week for people with autism and their families. The limited numbers of guests will allow for people with autism to 'fully enjoy the experience without large crowds and excessive noise.' Peter and Frankie Bachmann have worked with Autism Guernsey for over five years, allowing the organisation to hold autism-friendly events on their property.

The Winter Wonderland event is just one of the many ways that our founder Peter Bachmann involves himself directly with Guernsey and its residents. Find out more about our company's history on the Bachmann Group website.