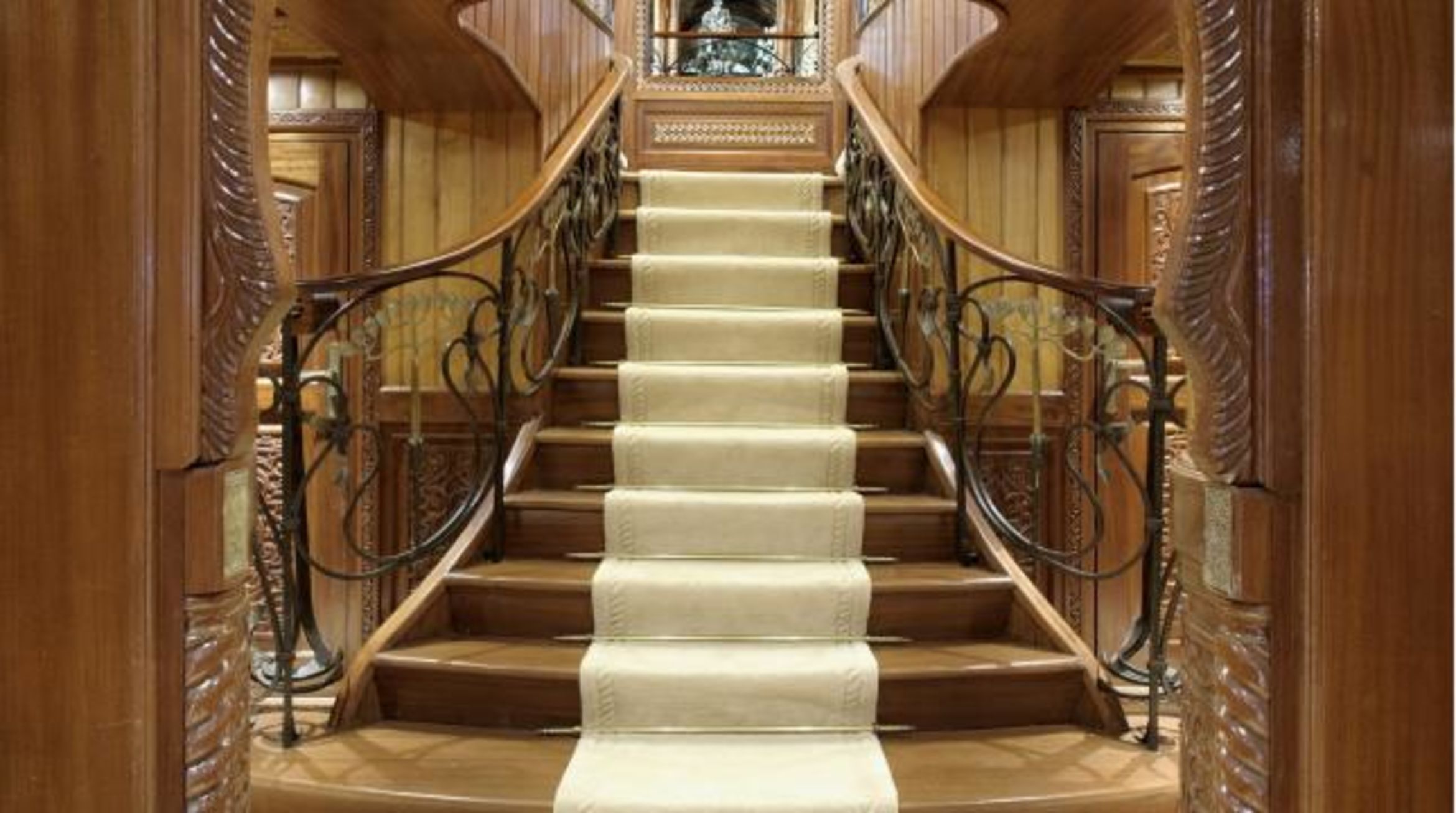 Many thousands of words have been written about the classic fully converted superyacht ‘La Sultana’, since her current owners, the Moroccan based La Sultana Hotel Group completed her extensive and distinctive refit and modernisation in 2015.

The ex Soviet spy ship was purchased by the Group in 2007, and as soon as the seven year refurbishment project was completed with an estimated total of 1.2 million man/hours behind it, she was contracted to the management of Bachmann Yachts in preparation for her future as a sumptuous and well appointed luxury charter yacht.

The fact that such a huge investment with expansive plans for the vessel’s future charter operations was entrusted to Bachmann, says something about the pedigree and reliability of the Guernsey based Group, and its 40-year track record in maritime services.

In fact as part of its brief Bachmann was committed to performing the audit for ISM (International Safety Management) on the vessel just recently. The survey was carried out by CEO Nick Saul, along with Captain John McNeill, who manages the UK operations including the Training, Crewing and Recruitment Divisions.

Capt.McNeill, previously a Master on some of the world’s most luxurious cruise liners, cast a seasoned mariners eye over the yacht when he stepped aboard and he made the following comments: “The outward appearance of the final conversion gives one the impression of a classic design. Certainly not the modern lines of a floating gin palace.”

“The interior décor is very much of a Moroccan origin and consists of some intricate carvings, archways and patterned tile work. The conversion has been completed to a very high standard and has been largely project managed by the current owner.”

“The Engine Room, in particular, gleams like a new pin and is maintained to a high standard.”

Capt. McNeill concluded, “the yacht was in winter lay up in Malaga, and is therefore not fully crewed up. However, the audit result was positive after an examination of all documents and observing the crew performing various safety drills.”

A classically beautiful yacht with a remarkable history.

Some yachting industry observers compare La Sultana with the iconic 1943 built ‘Christina O’ which was originally a World War II Canadian frigate and converted at a cost of $4 million by Greek shipping tycoon Aristotle Onassis in 1954, thus transforming her into a floating palace as judged by the standards of those times.

However the back-story to La Sultana has its own very unique flavour; as one of the last remaining Cold War Soviet spy ships of her type, she was originally launched as ‘Aji Petri’ by the Georgi Dimitrov shipyard in Bulgaria’s Varna in 1962.

‘Aji Petri’ was actually one of 12 sister ships built at the Bulgarian yard, originally intended for carrying cargo and passengers across the Black Sea. In those days she could carry 102 passengers and 46 crewmembers, and her sleek low draft profile made her perfect for that kind of service.

By 1970 amidst the height of the Cold War the Soviet’s had more strategic plans for some commercial ships, and the vessel that was to one day become the Superyacht ‘La Sultana, was officially detailed as a radio relay for the International Telec­om­mu­nica­tion Union. But unofficially, she would engage in secret spying missions on the United Kingdom and Unites States in the North Atlantic.

Her major restoration began in 2007, and the photo gallery provided by her owners portrays the exceptional interior styling and outstanding level of workmanship that they insisted upon. In order to achieve this they commissioned the French naval designers and architects Orion Group, to oversee the design and construction details of the project.

The new owner’s attention to detail and cultural authenticity on board is highly visible. For instance, the interior décor features artworks from the famed Moroccan artist, the Late Jilali Gharbaoui who is considered one of the founders of modernism in Morocco.  Appropriately his work was deeply influenced by his homeland, particularly by the colours of Moroccan earth, and that artistic bias was subtly infused with a hint of classical Flemish painting, which further captivated him after a trip to Amsterdam in 1962.

Other artefacts onboard indicate that the budget was definitely not a limiting factor when it came to creating a unique and calming ambience for guests to relax in. These include a centrepiece featuring a unique ornate staircase; its elegantly curved wrought iron/hardwood banister was inspired by the ‘Monnaie-du-pape’ style creation of renowned French Art Nouveau designer Louis Majorelle back in 1903.

In order to fully comply with the desired RINA class rules, the works extended to far more than just the interior refurbishment, and the word ‘refit’ is hardly adequate to describe the extensive areas that had steel and aluminium replaced in the hull and superstructure.  And in order to ensure reliable modern propulsion a new Mitsubishi engine was dropped in to complete the project, but with attention to detail in its installation that very much keeps the visual impression of a traditional and workmanlike ‘spit and polish’ engine room, as can be seen from the photos.

Bachmann Yachts are proud to continue their connections with this fine yacht, and to provide her owners with crew management, technical management, training, recruitment and corporate services. 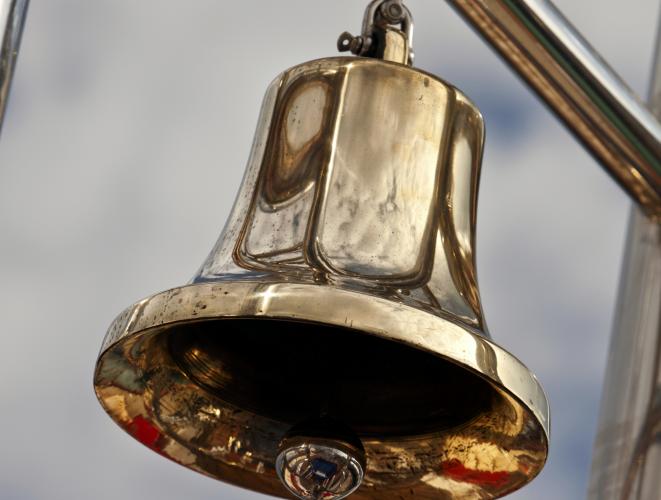 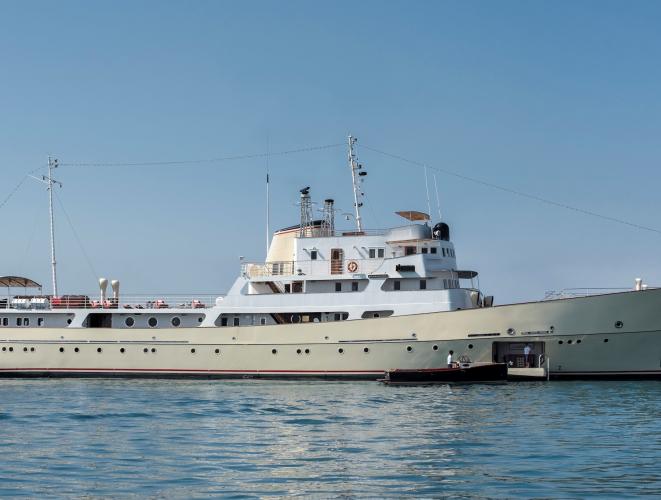 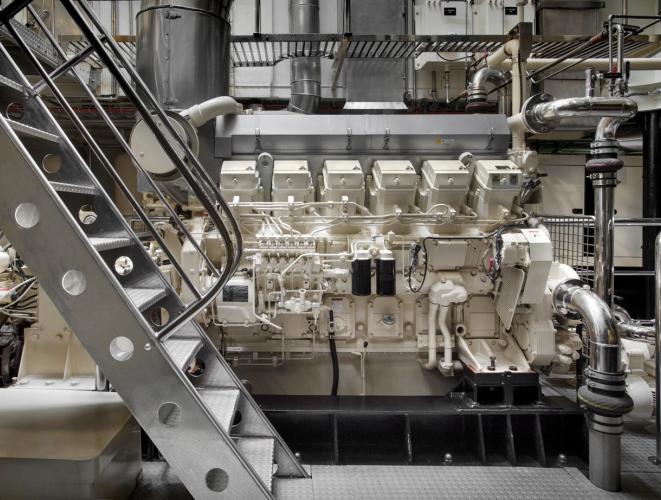 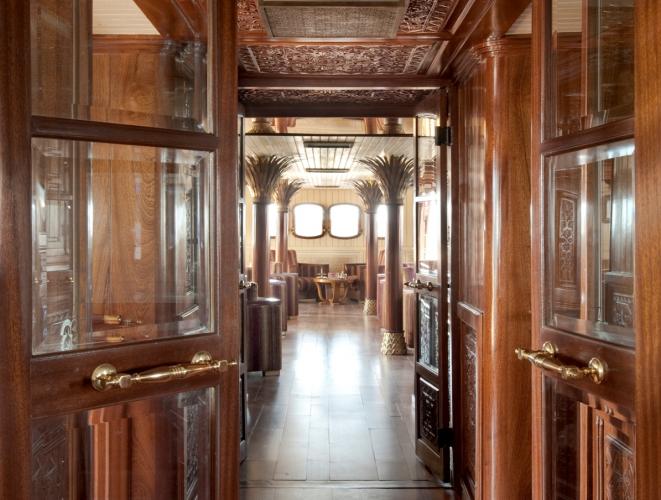 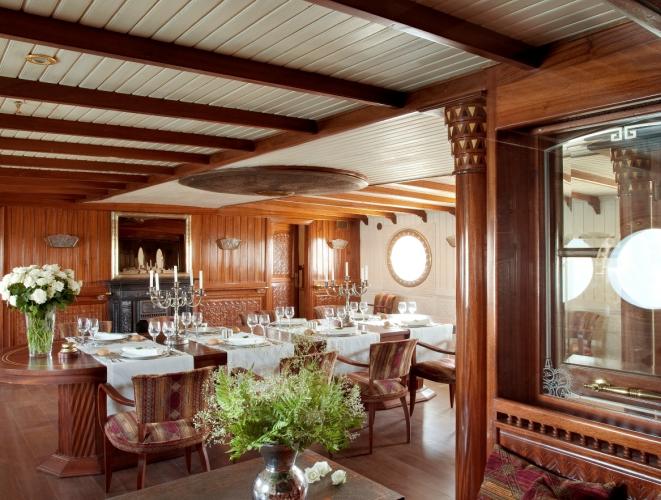 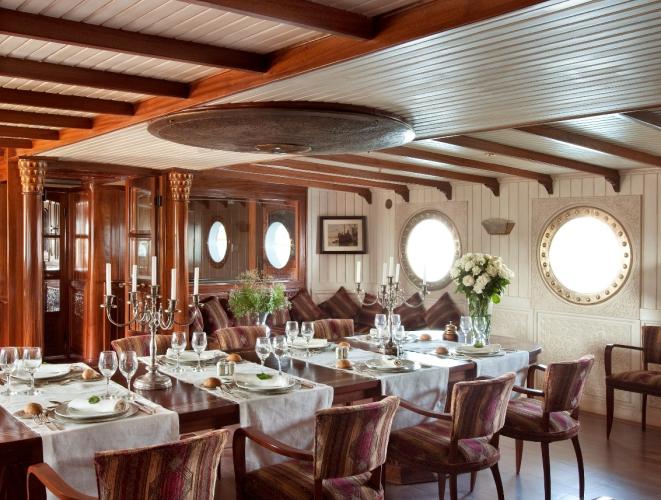 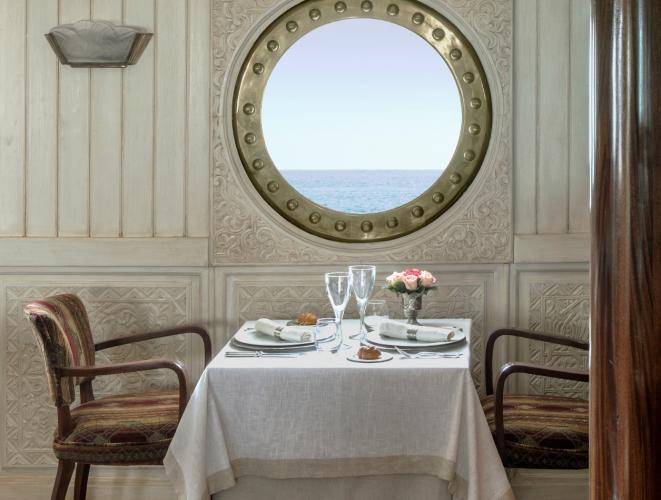 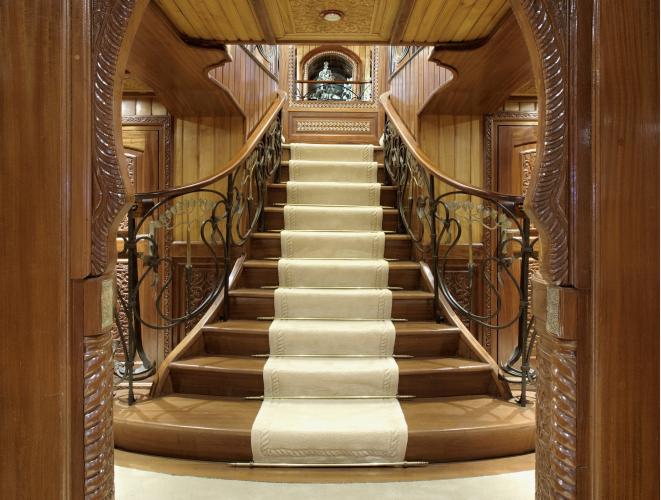 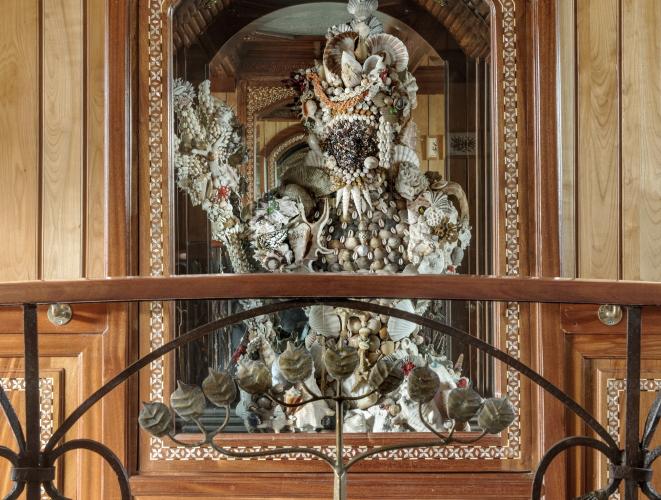 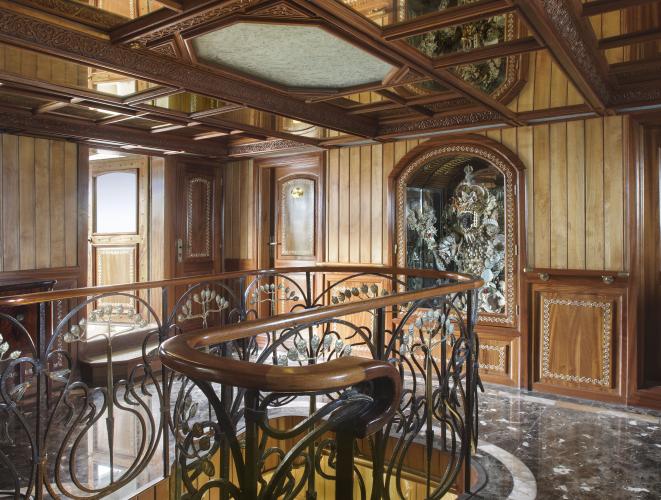 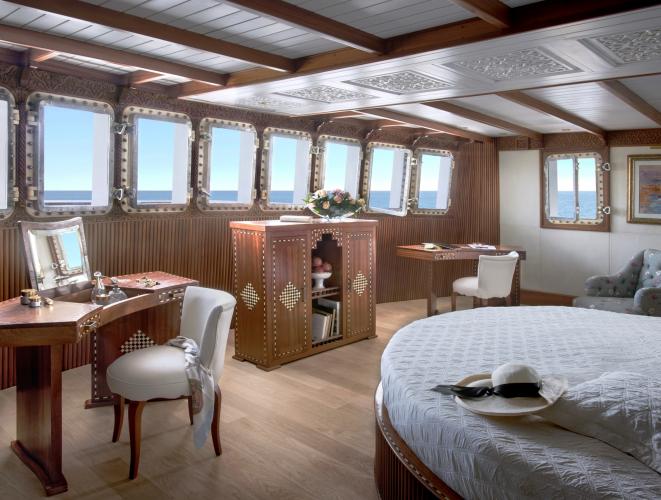 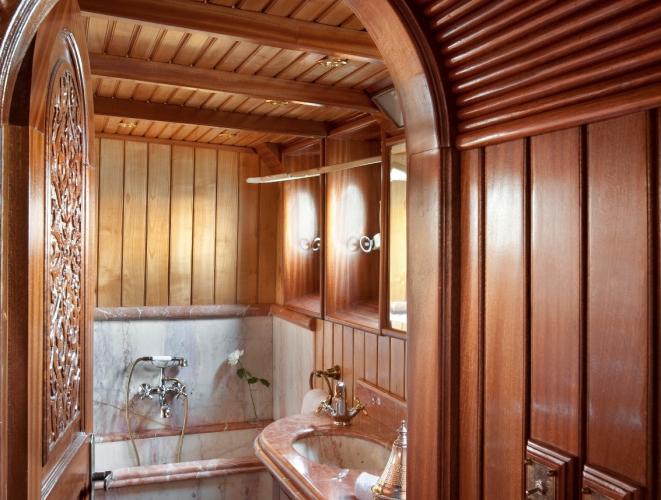 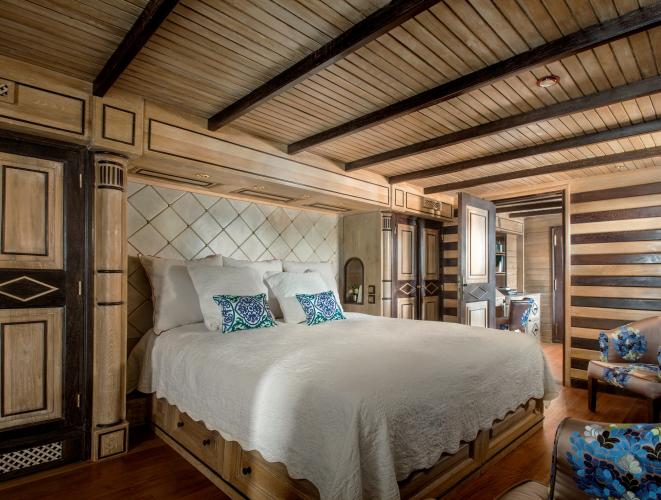 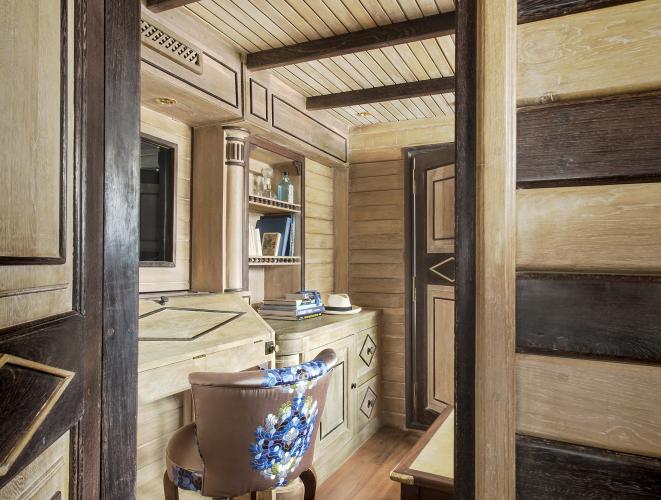 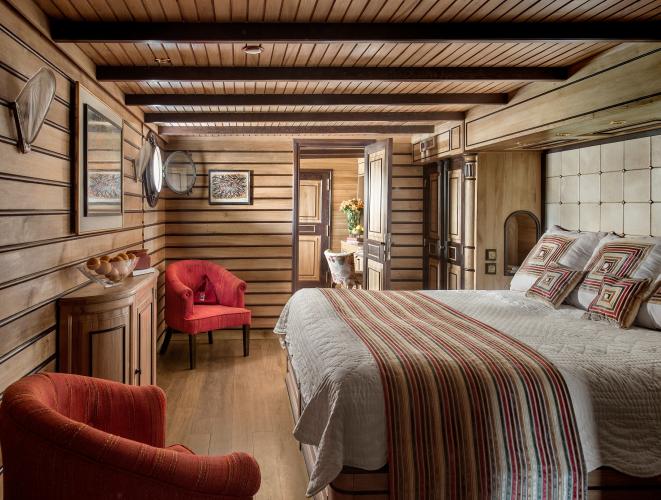 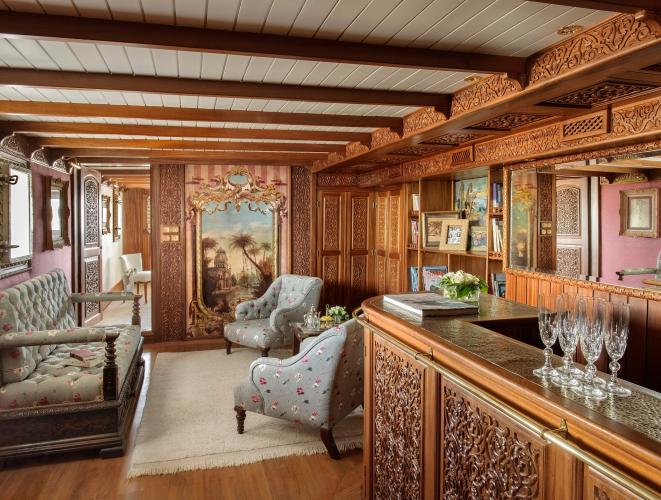 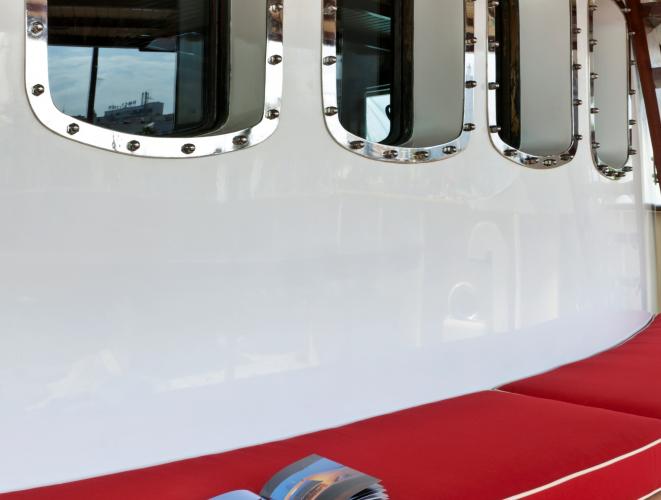 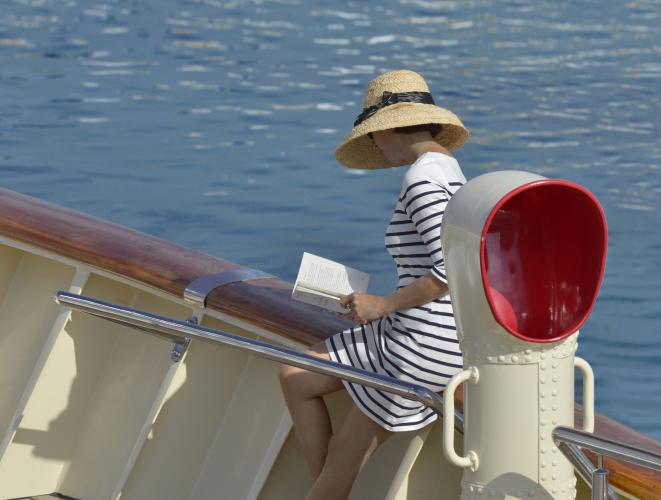 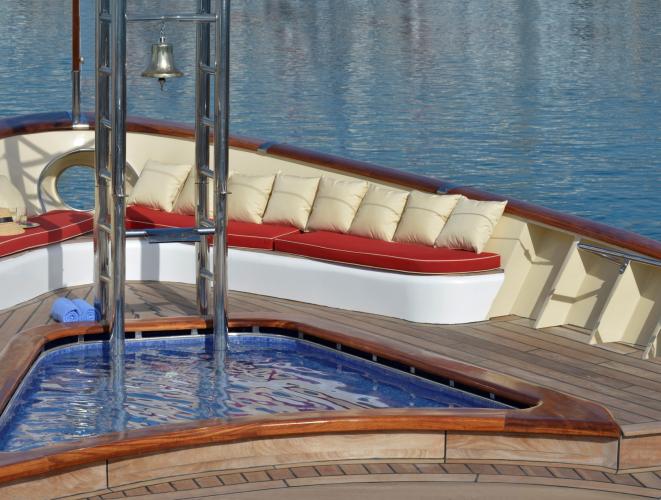